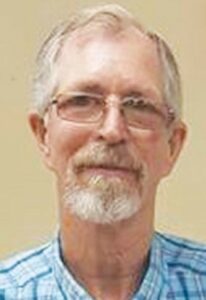 Danny Ray Ritter was born June 15, 1956, in Donalsonville, the son of Trudie and Charlie Ritter, Sr. He married Theresa Howell in 1996, and they made their home in Bainbridge. Danny Ray worked for the City of Bainbridge for 33 years as Parks & Recreation supervisor. He was an active member of Bainbridge Church of God.

Danny Ray loved his family, his God, and his church. He touched many lives through his singing at church and with his gospel group, Sounds of Calvary. They traveled all over Georgia bearing witness to many miracles and healings through the Holy Spirit, their music and testimonies. Generations of families knew Danny Ray from the ball fields and described him as a friend you could count on. He served as the unofficial caretaker for Oak City Cemetery and Jonas Lobe Cemetery based on his knowledge

Marchand skills. In his spare time, Danny Ray loved to hunt25, and fish in the community

Survivors include his wife of 26 years, Theresa Ritter; his children, Christina Ritter and Tyler Lloyd of Bainbridge, and A.J. and Laura Ritter of Quincy, FL; his siblings, Elizabeth Ritter, Charlie and Rhonda Ritter, Ronnie and Kathy Ritter, Viola Griffin, Barbara and Jerry Nalls, and Judy Phillips; and many nieces and nephews.

In addition to his parents, Danny was preceded in death by his siblings, Larry Ritter, Elaine Ritter, and Charlotte Ritter; and his brothers-in-law, Bob Howard, Paschal Phillips, and Andy Barrineau.

Bryant Funeral Home in Bainbridge was in charge of arrangements.

This site uses Akismet to reduce spam. Learn how your comment data is processed.